Bjornhild is a humanoid animal follower that can be recruited by the hero.

This article is a stub. You can help Asgard's Wrath Wiki by expanding it.

Bjorhild is a bear of the Guardian class. "A fierce and tough protector. She gives no quarter until danger is cleared."

Discovered in Niflheim along the frozen banks of the river Gjoll, the bear known as Bjornhild is a formidable den mother. She is quick to sense threats and will give no quarter until danger is clear. Her favorite food is celery. 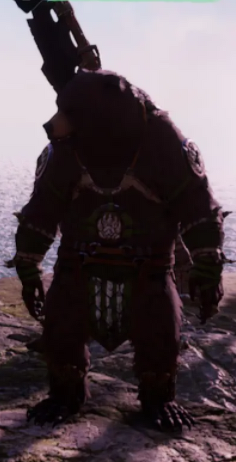 Bjorhild can be recruited at Gjoll, River of the Dead in Niflheim.